SHIFT is a new RPG system that lets you play in any world you can imagine. This bundle of five 80-page Quickstart Books (with five variant covers) each contain the beta playtest of the SHIFT rule set.

This is a preorder item which will not ship until Q4 2022 Nov 18th. NOTE: Orders with preorder products will ship when all products are available. Please visit our shipping page for more information regarding preorders. 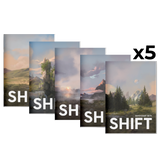 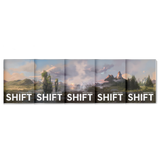 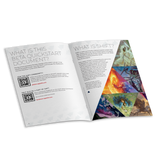 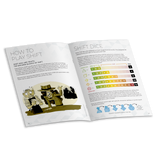 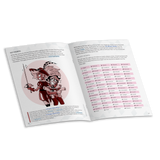 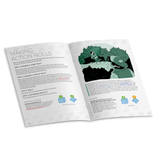 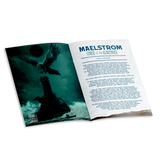 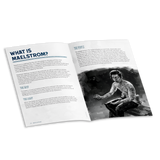 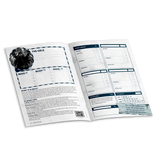 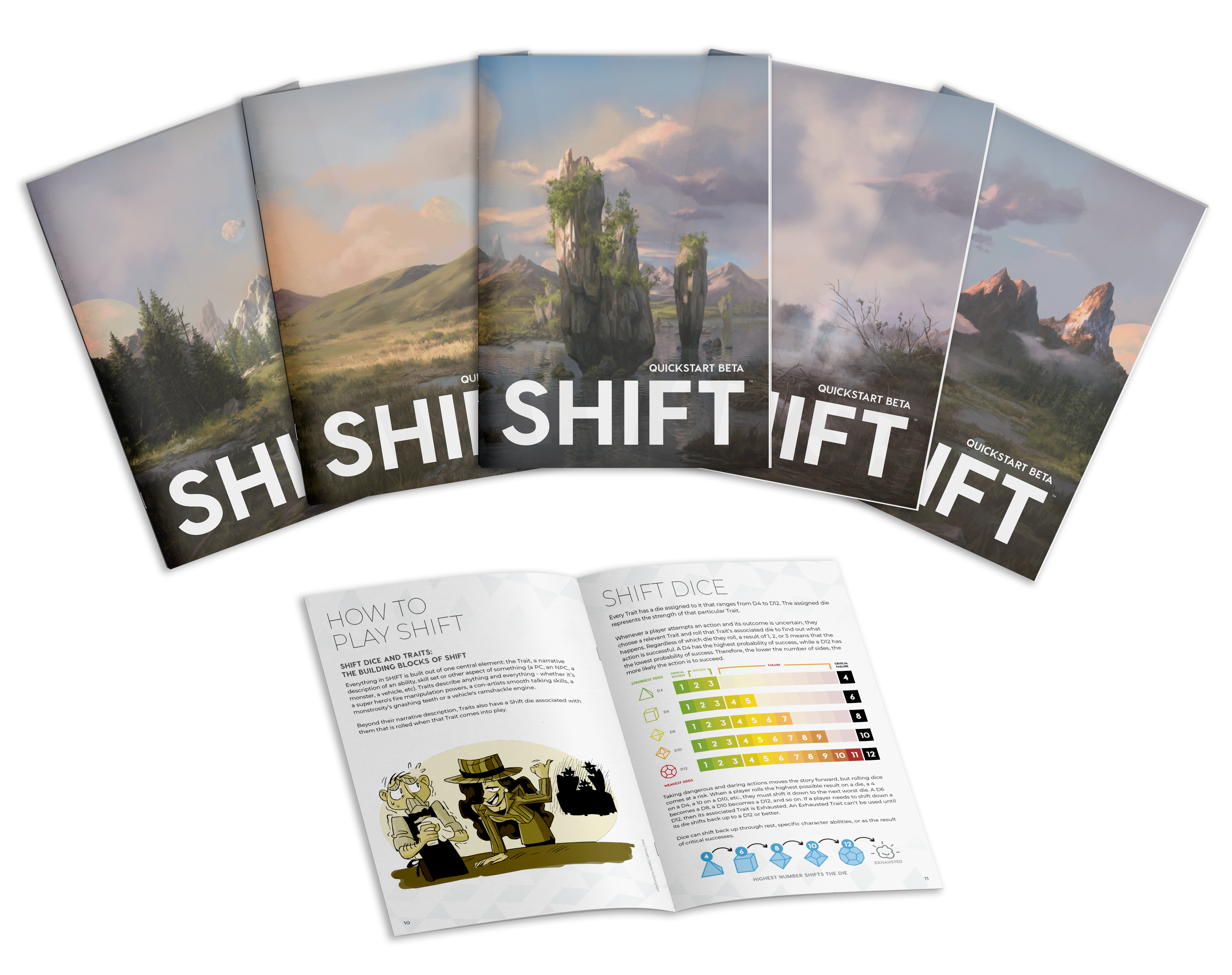 Get enough copies for your whole table with this bundle of five booklets!

SHIFT is a new RPG system that lets you play in any world you can imagine, and allows players and GMs to create their own custom rules with ease.

This bundle of five 80-page Quickstart Books (with five variant covers included) each contain the beta playtest of the SHIFT rule set. It has everything needed to learn and play SHIFT, and includes the Maelstrom one shot adventure “Curse of the Albatross.”

Looking for players? Have questions for the devs?
Join the SHIFT Discord community!

SHIFT is a pick-up-and-play roleplaying game system that offers diverse options for Game Masters (GMs) and players alike. Its minimal rule set contains everything a GM needs to facilitate an exciting, character-driven story for the players.

Every aspect of SHIFT is powered by the same core building block: Traits (narrative abilities of characters, monsters, equipment, anything!) with an associated Shift die. As characters use their Traits to interact with the world around them, the Trait’s die will change, shifting to better or worse dice as the narrative unfolds. Every die roll in SHIFT risks your dice shifting, which keeps the action exciting and dynamic. Traits are highly customizable, and creating new Traits from scratch is accessible and fun.

With its simple, central mechanic and fast game play, SHIFT makes it easy to build and play in any world you can imagine. 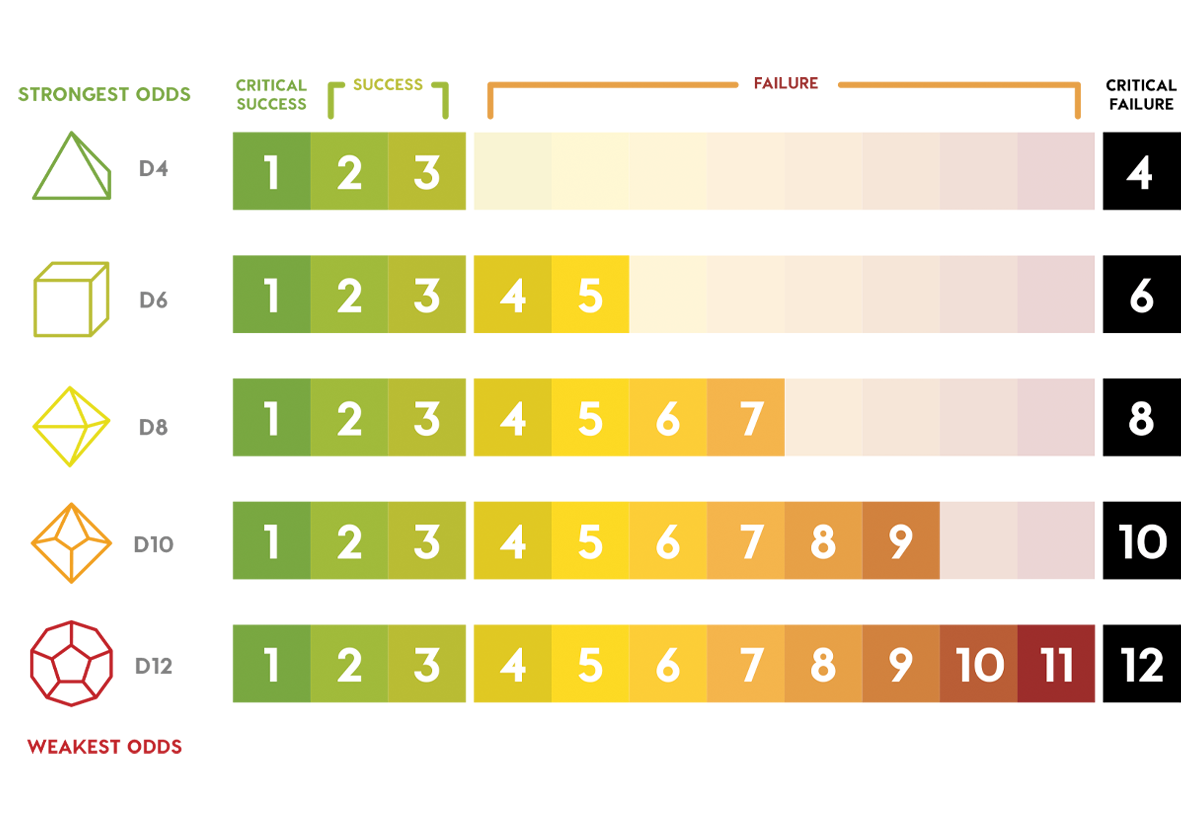 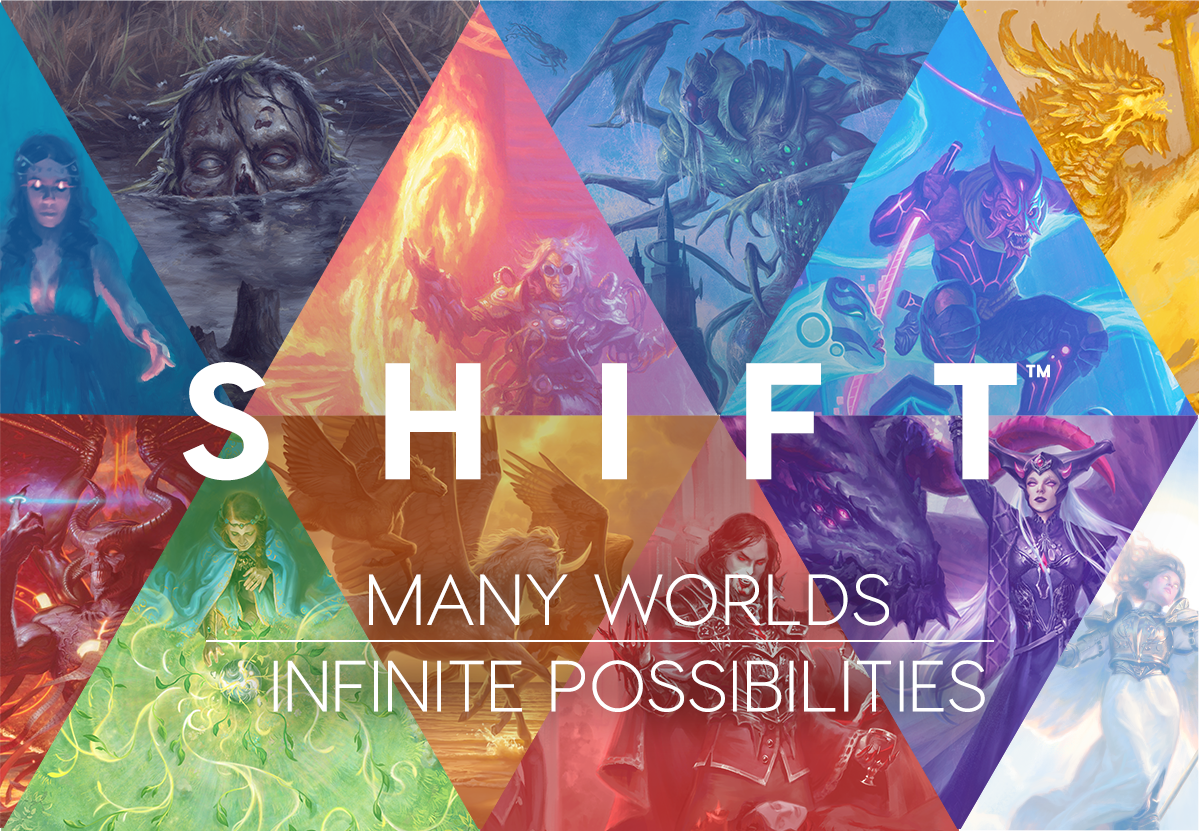 Every Trait has a die assigned to it that ranges from D4 to D12. The assigned die represents the strength of that particular Trait.

Whenever a player attempts an action and its outcome is uncertain, they choose a relevant Trait and roll that Trait's associated die to find out what happens. Regardless of which die they roll, a result of 1, 2, or 3 means that the action is successful. A D4 has the highest probability of success, while a D12 has the lowest probability of success. Therefore, the lower the number of sides, the more likely the action is to succeed.

Taking dangerous and daring actions moves the story forward, but rolling dice comes at a risk. When a player rolls the highest possible result on a die, a 4 on a D4, a 10 on a D10, etc., they must shift it down to the next worst die. A D6 becomes a D8, a D10 becomes a D12, and so on. If a player needs to shift down a D12, then its associated Trait is Exhausted. An Exhausted Trait can’t be used until its die shifts back up to a D12 or better.

Dice can shift back up through rest, specific character abilities, or as the result of critical successes.

The SHIFT Quickstart Beta also contains the Maelstrom one shot adventure “Curse of the Albatross", allowing you to jump right into a world built for SHIFT.

Maelstrom is a setting that fits into the subgenre of science fiction that incorporates eldritch horror, the supernatural, and Atlantic coastal life. Maelstrom takes place after a cataclysmic event leaves much of the world’s land lost underwater. Those that survived are now forced to live in a world of harsh rocky landscapes corrupted by The Deep.

Maelstrom features monstrous sea creatures, as well as monstrous people. There are supernatural events in this world, and people use magic to help and hinder others. The setting takes place in an era reminiscent of the late 19th century. However, the need to survive in this new world has twisted its fashion, culture, architectural style, technology, and art. Everyone that has managed to survive in this world is alive because they have sacrificed something, or someone, to do so. 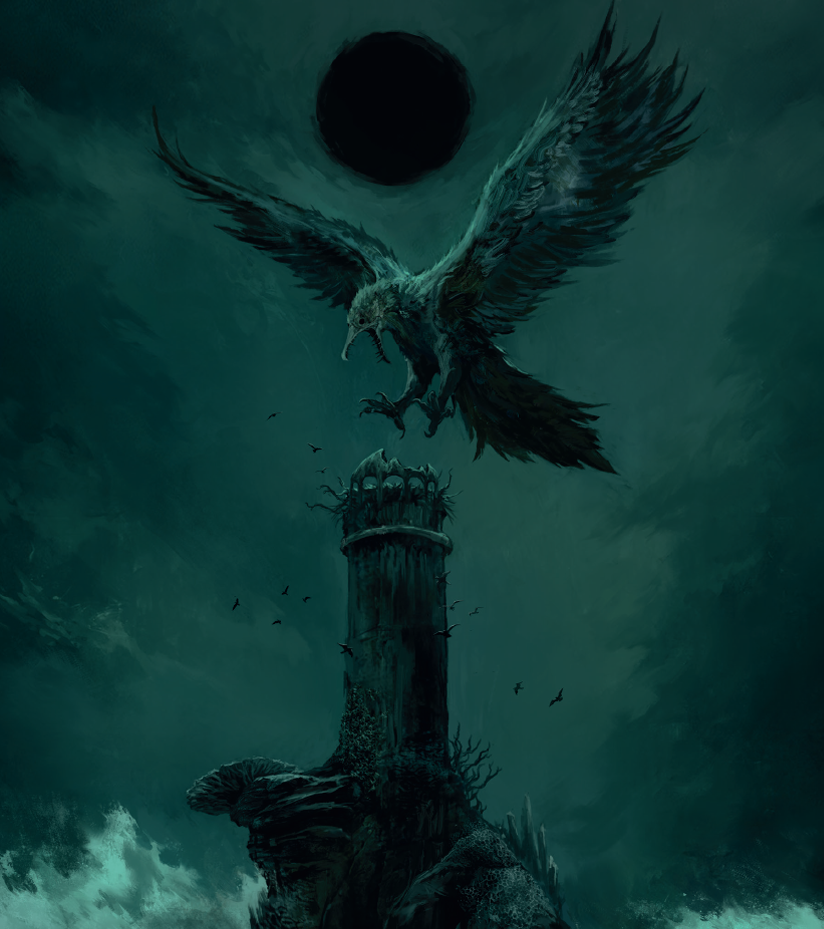 What Do I Need To Play?

A GAME MASTER
The Game Master’s role is that of the narrator, guide, and the storyteller. While roleplaying can be at its best when everyone helps to craft the story, it’s the GM’s role to get the ball rolling and nudge it along when required. The GM also plays all the other non-player characters (NPCS) and Adversaries.

PLAYERS (2+)
The Players create and embody their characters. They make decisions and speak for their player character (PC) as the story proceeds. SHIFT can be played with as few as two people (a GM and a player) or with as many players as the GM feels comfortable having at their table.

DICE
The chaotic tumble of dice help keep the story surprising, for everyone at the table. To play SHIFT, players need at least a set of the following dice: D4, D6, D8, D10, and D12. The GM will often call for players to roll two dice. If you prefer to roll each die one at a time, make a note of which die you’re rolling for each Trait.

CHARACTER SHEETS
You'll need your character sheets! Sheets are included in this book, and a character sheet PDF can be added on for free at the top of this listing. 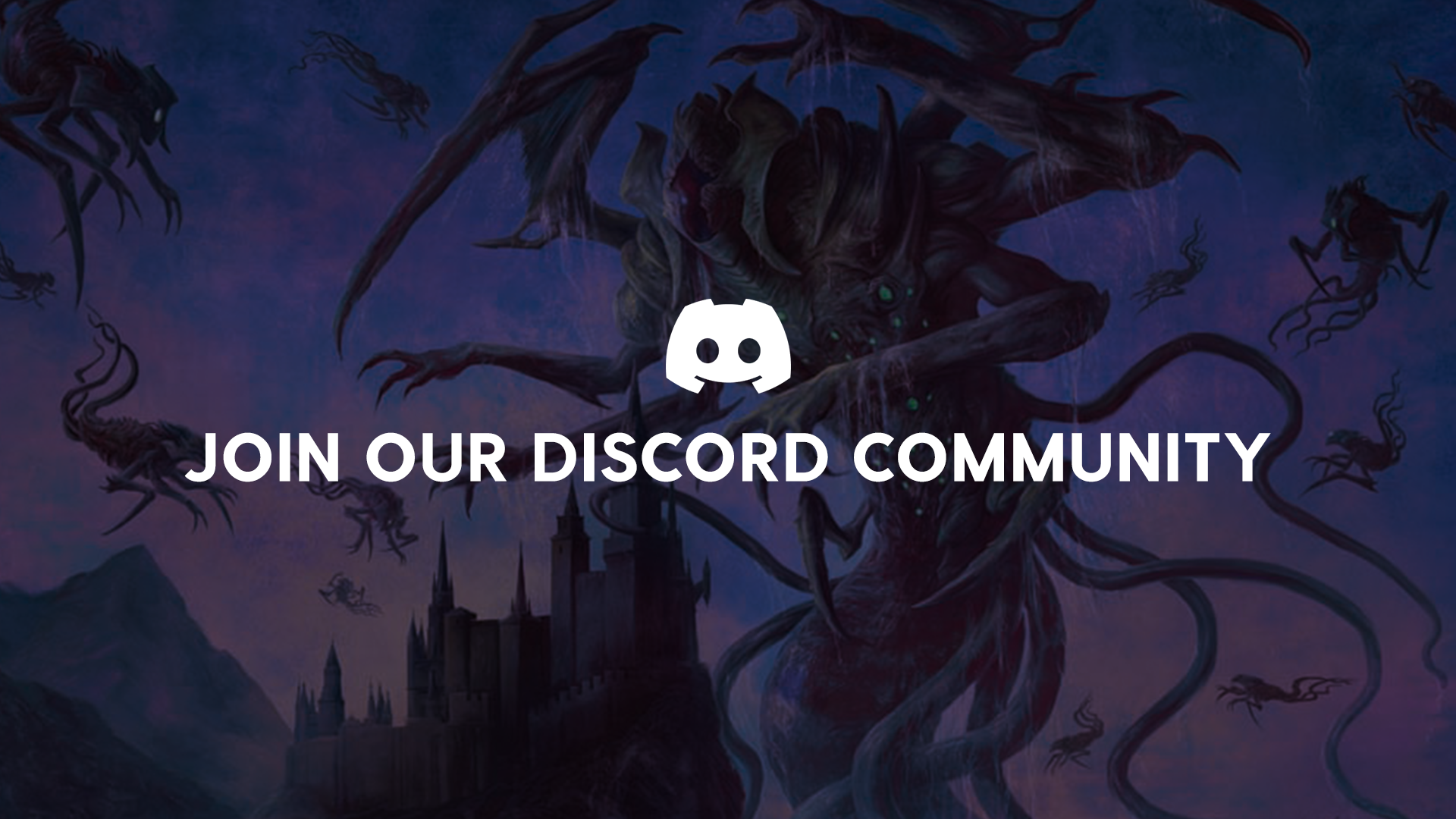 We have a thriving community on Discord, full of folks trying out SHIFT and talking about mechanics with the SHIFT developers.

Over the coming months, we'll be releasing new details and playtests for SHIFT and many new worlds, so be sure to join the Discord for the latest updates!

Featured Animated Spells The Deck of Many