Scroungecraft is a new series of high-quality jigsaw puzzles featuring artwork by some of the world’s top artists!

The art for Series One was chosen for color, detail, and engaging visuals that tell a story.

Each puzzle contains 1000 pieces made from black core 100% recycled paperboard, and measures approx. 24” x 24” when completed. Full artwork for the puzzle is featured on the back of the box, and each box includes a full-sized poster inside for extra reference. You can back the Kickstarter campaign to get the puzzles for yourself! The project ends November 10th, don't miss out!

Meet the amazing artists behind the Series One Scroungecraft jigsaw puzzles! 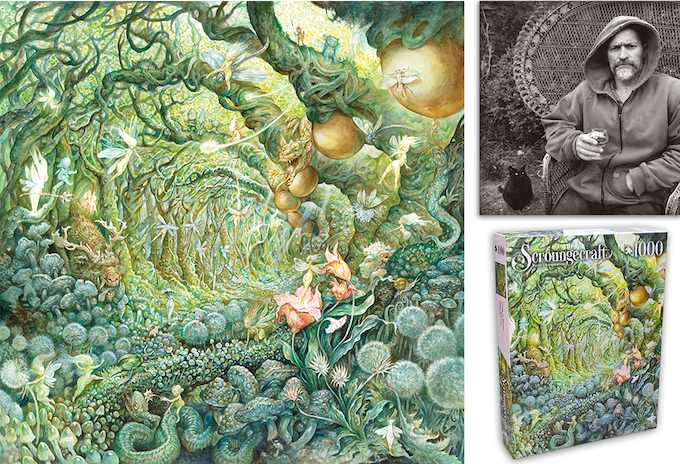 Omar Rayyan has been illustrating various games, magazines, book covers, and children’s picture books for over three decades. While still dabbling in the illustration world, currently his attention has been leaning primarily towards creating paintings of whim and fantasy made to indulge his own personal tastes and humors, and doing work for private art collectors and galleries.

Omar’s artwork has garnered many awards including the Spectrum Fantastic Art Silver and Gold Awards, and the Chesley’s Lifetime Achievement Award. His work has been exhibited in museums and galleries around the USA and in Europe, such as the Greisinger Museum in Switzerland, the Museum of American Illustration at the Society of Illustrators in New York City, and the Brandywine River Museum in PA.

His paintings also grace the walls of many art collectors worldwide. Omar resides with his wife Sheila on an island off the coast of Massachusetts. 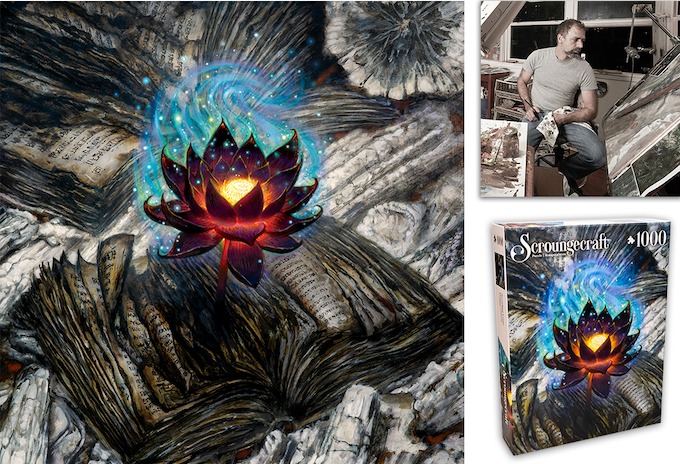 Donato’s passion for narrative art has seen his work grace the covers of over three hundred science fiction and fantasy novels, placed in hundreds of private and public collections, and landed numerous peer honors including three Hugo Awards, two Gold and six Silver Medals from Spectrum: The Best in Contemporary Fantastic Art, the prestigious Hamilton King Award from the Society of Illustrators, and recognition from the Association of Science Fiction and Fantasy Artists with twenty-three Chesley Awards.

Donato recognizes the significant cultural role played by art and makes personal efforts to contribute to the expansion and appreciation of genre works; to that end he serves as an instructor at the SmArt School, the Illustration Master Class, and lectures extensively at conventions and universities worldwide. His current projects include themed works for exhibition at fine art galleries, ongoing commercial assignments, book projects for J.R.R. Tolkien’s Middle-earth, and explorations on his developing themes of Empathetic Robots and astronauts. 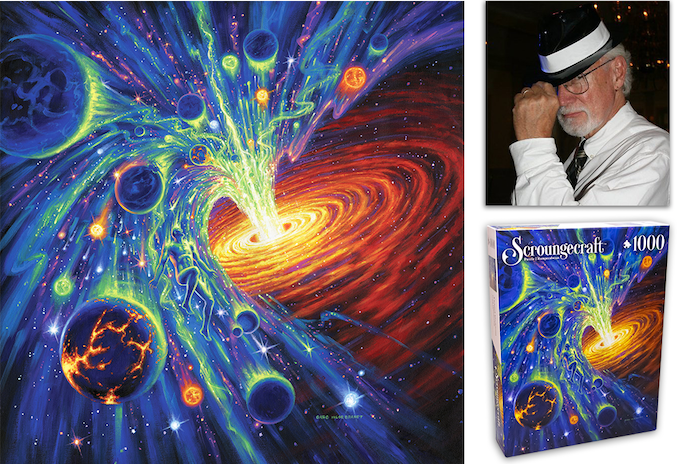 In 1977, a young filmmaker by the name of George Lucas was in need of a striking movie poster to help sell his latest film. He had taken notice of the first two Lord of the Rings calendars. Through an ad agency, Lucas Film hired the Brothers Hildebrandt to create what has since become one of the most recognizable movie posters in cinematic history. The movie, of course, was Star Wars.

Greg and Tim Hildebrandt would continue a long and successful career garnering attention and awards both independently and as the Brothers Hildebrandt until Tim’s passing in 2006 from complications due to diabetes.

Now in his 80’s Greg continues to create and work every day, feverishly chasing his imagination and exploring the world of art around him. Greg continues his hyper-prolific churning of creativity and shows no signs of slowing down any time soon. When asked if he will ever retire, he replies, “I can’t retire from being myself.”

Artist: Walk of the Ages 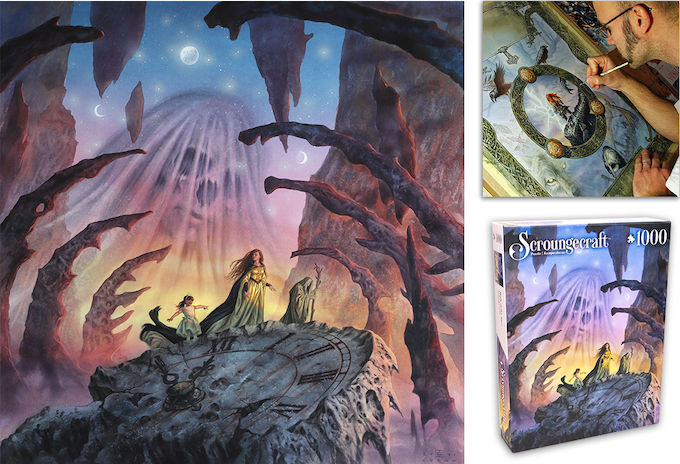 MILIVOJ ĆERAN (illustrator) was born in Zagreb, Croatia, in 1978.

He has been a professional illustrator since 2002. He is well known for his personal project: “Norse Mythology art book”, and for work on games such as Magic the Gathering (with published over 45 cards to day), Hearthstone, World of Warcraft tcg, Dungeons and Dragons etc. His work is made for clients such as Wizards of the Coast, Blizzard Entertainment, Paizo, Sideshow Collectibles, Cryptozoic Entertainment, Sony Online Entertainment, FASA etc.

Appearances: His works are included in annuals such as “Spectrum – The Best in Contemporary Fantastic Art”, and “Infected by Art”. His work was displayed on Illuxcon, GenCon, San Diego Comic Con, IFCC, SFerakon, Pyrkon, Edmonton Comic and Entertainment Expo, Saskatchewan Comic and Entertainment Expo (Canada), and Magic the Gathering Grand Prix events.

He lives and work in Zaprešić, Croatia.

Don't miss out on the first edition limited run incredible artwork in the Scroungecraft Jigsaw Puzzles: Series One Kickstarter campaign!